The Unconventional Path: How PeopleGrove Helps All Students Reach Their Goals 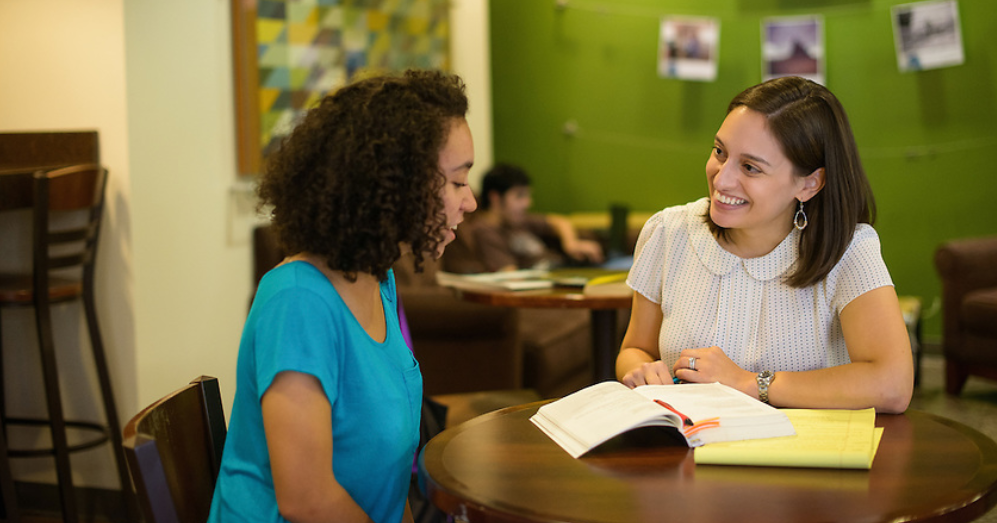 Heidi Ollhoff recently graduated from Arizona State University with a B.A. in mass communication and media studies, with honors. But she took a less traditional route to find her way to success.

“I had sort of an unconventional story for school,” she explained.

After she received her associates in marketing from a local technical college, she found herself struggling to reach her next goal: getting a job.

“I graduated right at the end of the recession, where I was competing with PhDs for the same kinds of jobs I could get with an associates.” And alongside parenting her son, the hill became that much steeper.

Working at a local coffee shop, she took the opportunity to further her studies — not only learning about customer relationships on the job, but also using her employer’s connection with ASU to take classes.

“Going back to school so late [in my life], it was never an option to not make money — I couldn’t not work full-time.” And so she pursued her degree full-time every semester, including summer, while also maintaining a full-time job.

“Being a remote student is very isolating,” she recalled. “It’s really tough — you have to be really disciplined.” So when she heard of a mentorship program through her school, she jumped at the chance.

“At first I was really hoping for someone that had been maybe in a marketing area to help me just move forward with my career. And then what I ended up getting was honestly just as valuable. She’s been in my shoes.”

By using the mentorship platform, powered by PeopleGrove, she was able to find a mentor that suited her needs, and easily connect. Finding the newfound relationship invaluable, the two began meeting on a weekly cadence.

“We just motivated each other,” she said. “I wish I had found it sooner.”

The mentorship also made her feel more connected to her school’s community, which is a hurdle faced by many remote students.

“She was my group because I wasn’t on campus to join some of the ASU student groups,” she said.

Although she wasn’t aware of the program until close to graduation, she said the experience helped her stay focused.

After finally making it across the finish line at graduation, she’s found success that’s been almost a decade in the making.

“I’ve been on and off in school for nine years,” she said. “I just started a brand-new role in January that I could have not gotten without my degree — like, absolutely no way.”

Reflecting on the experience, she hopes that she’ll find an opportunity to pay it forward.

“I would be a mentor,” she affirmed enthusiastically. “I would love to help someone like myself,” adding that she would even be more inclined to give to a scholarship program by her alma mater to help other students similar to her.

“I felt like I could only make lattes for so long,” she declared. “I’m really glad that I’m done, but I’m probably going to start my master’s degree soon.”

Get in the Grove